Andy’s view is that although there is a gap, it is not as large as generally perceived.  There is much more money available, people interested in investing, and [equity] funding going on, than is generally thought.  It’s just that it is coming from alternative (non-VC) sources which are not recorded in the generally used statistics, such as High Net Worth individuals, CVCs, sovereign wealth funds and pension funds.

Also such investment is being used to grow assets/products for selling off, rather than to build big companies (a point also made by Julian Gilbert in a recent discussion). Consequently there is little infrastructure building or PR activities undertaken, and so such companies and investment deals are much less visible than in previous times!

Both Andy and Julian will elaborate on their perspectives during the Networked Pharma Funds & Fundability workshop at Holiday Inn, Regents Park, London, on 28th June.

The workshop will examine who is funding, what they are funding and what makes a fundable investment, as well as the rise of open innovation & crowdsourcing. Andy & Julian will be joined by speakers from VC and CVC, Pharma, CROs, BBSRC, the Wellcome Trust, TSB/KTN and others. For more information and to register see www.networkedpharma.com/funding.

BioSpring Ltd is a member of Networked Pharma Partnership, a not for profit organisation dedicated to assisting development of a new paradigm for drug discover & development

A series of workshops are being run during 2012, leading to an international congress in early 2013, which will bring together all stake-holders (Corporate Pharmas, SMEs, CROs, Universities, VCs, CVCs, Research Councils, Charities, Regulators & Government bodies etc.) to formulate the new business model(s) for the future success of the industry. 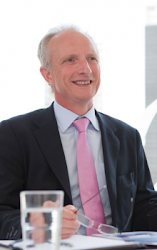